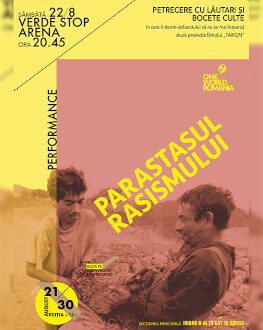 In the 1960s, Sweden had its own Martin Luther King, Jr: a woman. Specifically, a Roma woman: Katarina Taikon. Born in a country that banned Roma immigration and sterilized Roma women as a matter of policy, Taikon was propelled into the limelight at 16, when she starred in Arne Sucksdorff’s 1948 short documentary Uppbrott. She learned to read and write and became a tireless advocate for Roma civil rights, combining legal and media activism with art and literature. Her enormously popular series based on her own traumatic childhood is still one of the best-known children’s books series in Sweden and was adapted into a successful television series. The film, directed by Gellert Tamas and Lawen Mohtadi, is based on Mohtadi’s 2012 biography of Katarina Taikon, The Day I Will Be Free, and uses beautiful archival footage to open up a dark chapter of Western European history and introduce audiences into the effervescence of 1960s and 1970s activism in Stockholm — where, indeed, Taikon actually met Martin Luther King, Jr. (de Mona Nicoară)

Kristallen Award for Documentary of the Year 2016 (nominalizare)

ACTIVIST PERFORMANCE: A WAKE FOR RACISM

A party with traditional musicians and intellectual cries in which we wish no return to the deceased.

For the first time in 30 years, the number of Romanian citizens who would welcome Roma people into their own families has exceeded that of Romanians who would not accept such an alliance. While it’s true that this shift in attitudes does not mean the disappearance of racism in Romania, it does mean something monumentally important: the intolerance towards the Roma has lost the battle to dominate the mentality of the Romanian people. Such turn of events ought to be celebrated. Therefore, we decided to organise “A Wake for Racism.” There will be merry funeral songs, we will heartily share a koliva, and the drinks will inspire some cultured laments, all to mark the burial of intolerance.

With the participation of MC Mircea Toma, Ciprian Necula, Dragoș Mușat (Tetelu) and a number of special guests who will be accompanied by Daniel Mărgean & the Trio Band

Mircea Toma is a Romanian psychologist, researcher, journalist, teacher, ecologist and writer. He holds a doctorate in psychology from Babeş Bolyai University in Cluj. He taught at the Higher School of Journalism, the Faculty of Journalism and Communication Sciences and SNSPA. He was part of the Catavencu Academy team. He is president of ActiveWatch - a human rights organization, member of the Reporteres Sans Frontieres network and president of the Association for the Conservation of Biocultural Protected Areas "Save Vama Veche“. He was a UN rapporteur on the condition of freedom of expression in Cuba and is co-editor of 3 volumes, co-author of 3 high school textbooks, author of 20 academic articles and author of over 4,000 press articles.

Dragoș Mușat (Tetelu) - the creator of Tetelu, graduated from Law School, but joined the Catavencu Academy at the age of 19. He went to "Maxim", made comedy news at Radio Guerrilla, wrote and directed the sketches at Happyfish.ro. He starred in "Romanian Comedy Service" and "Dementia Hospital", on PRO TV. Tetelu is a brand that transcends the years of the Romanian transition. "Tetelu's Diary" appeared and was established within the Catavencu Academy.

Ciprian Necula is a Roma activist, founding member of Aresel Platform, doctor of sociology and associate professor at SNSPA.

The performance will start after the screening of the film „Taikon” and is part of a series of events in which we celebrate the history and culture of Rome people!

* Please arrive at least 30 minutes before the start of the event to avoid queues and congestion.