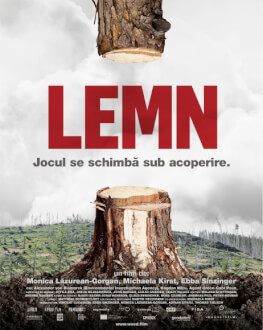 Before the leaves fall...

Władysław Ślesicki, one of the most important Polish documentary film directors of the 1950s and 1960s, concerned himself with Roma from the very beginning, from his 1954 debut film The Gypsy Camp. His interest is both aesthetic and political: during World War II, Ślesicki was a member of the Polish resistance and took part in the 1944 Warsaw Revolt. Ten years after his debut, Ślesicki returned to the subject of the Roma in this purely observational film which documents the life of a Roma caravan over a summer. After the first establishing shots, Ślesicki places his camera firmly within the community, always shooting from the perspective of his participants: through the window of a caravan, sitting down to watch dancers around a camp fire, grazing the knees of horses taken down to the river. Ślesicki’s Roma characters are vital and funny, strong and seductive — while firmly anchored in contemporary time and space. (by Mona Nicoară)

Searching for the 4th Nail

George Eli, the director and protagonist of this profoundly personal film, is asking himself a question familiar to most parents: what will he pass on to his sons Alexander and Christopher? What can he teach them about their place in the world? The matter is additionally complicated by the fact that George is an American Rom. There are over one million Roma in the United States, yet the minority has been enveloped in mystery, besieged by absurd myths, or simply invisible. With infinite patience and genuine curiosity, George sets out with his sons to discover what the Roma are to both insiders and outsiders — through bizarre legends and Hollywood representations, family gatherings and academic endeavors, as well as stereotypes imposed from the outside but internalized nonetheless. The result is a charming and disarming bildungsroman told in an authentic voice that honors the generations of the past and those of the future and frees its protagonists to just be themselves. (by Mona Nicoară)

From the taiga in Siberia over the primary forests of Romania to the primeval forest in Peru: around the world, billions of dollars are made from illegal logging. First World consumers are happy about low prices at the hardware and furniture stores, but would doubtless be shocked if they knew the origins of these goods. Alexander von Bismarck, the Iron Chancellor's great-great-great-nephew, has been on the timber mafia's trail for years. As head of the Environmental Investigation Agency in Washington, he tirelessly takes to the road. He doesn't shy from changing persona and appearance and employing concealed technical means to bring illegal activities to light. He knows the swamp of crime can't be drained while corrupt politicians and idle authorities remain indifferent to these illegal activities. So for Alexander von Bismarck, an essential part of his work, over and above his detective activities, is creating political and public awareness of the disastrous consequences of forest depletion – as the state of the planet's "green lung" has long since assumed dramatic proportions. This wake-up-call documentary follows Von Bismarck and his comrades into the hell of profit-lust and back again.