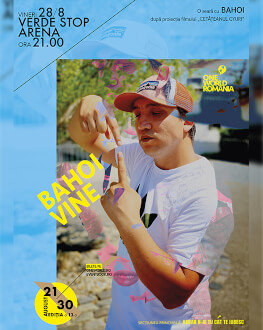 “Citizen Gyuri,” the masterpiece of one the most important documentary filmmakers of the 20th century, Pál Schiffer, follows the strife of a young Romany peasant to find work and adapt to the hustle and bustle of the big city of Budapest. Without the support of his family and as member of a socially discriminated ethnicity, the protagonist finds it very hard to improve his condition and to truly be accepted by those around, despite living in a communist society where things should, at least in theory, be different. Equally inspired by works of Italian neorealism, cinéma vérité and direct cinema, “Gyuri” accomplishes one of the most touching and complex cinematic portraits of a Romany person. The same fears and illusions, the same joys of small victories and disappointments of failures along the way must have been felt by most Romany people in his shoes, all over the world. When society gives you a rigid negative label, based exclusively on the social group you are part of, the chances of changing people’s perception of yourself seems, in this case too, a beautiful dream. (by Andrei Rus)

In the opening of the last weekend of the festival, we propose an evening with Bahoi, one of the first vloggers in Romania.

It will be a unique ocasion in the cultural landscape of our country. We will screen both old videos that made him famous and new material produced especially for One World Romania, and we will have the author, in person, with us on stage. We hope that the encounter will open not only a wider dialogue about the artist's vision and about the complex world described in his videos, but also about the importance of these intimate, particular representations, about realities to which we have too little access and, most of the time, only through external and exotic perspectives.

The screening and dialogue with Bahoi will be preceded by the screening of a classic documentary, directed by Pal Schiffer, about the daily life of a young Roma man named Gyuri from communist Hungary, who is trying to adapt to the city life and and find a job, facing all sorts of hardships and rejections because of the prejudice and racism of the society in which he lives.

The event will start after the screening of the film „Gyuri” and is part of a series of events in which we celebrate the history and culture of Rome people!

* Please arrive at least 30 minutes before the start of the event to avoid queues and congestion.